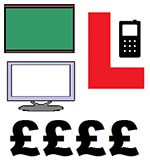 The new training levy will affect all employers in the UK from 6 April 2017. It is set at 0.5% of the pay bill, but there is an allowance of £15,000 to offset against this so only employers paying more than £3 million in wages will actually pay a levy, at least for the first year.

Levied employers in England will be able to purchase training from May 2017 using their digital account and the cost will be spread over the lifetime of the apprenticeship, though it is suggested that 20% of the total cost would only be paid on completion of the apprenticeship. Non levied employers buying training from May 2017 will carry on paying providers directly and will move to the digital system later. It appears that employers in Scotland, Wales and Northern Ireland will continue with their existing training schemes so it is not yet clear how their levy is converted.

The Government will ‘co-invest’ where an employer does not pay the levy or has insufficient digital funds. Employers can negotiate the best price for the training they require and if they want to spend more, they can use their own money to do that.

Employers with fewer than 50 staff will be eligible for full Government funding to train a 16-18-year-old apprentice or a 19-24-year-old who was formerly in care. The Government will also pay training providers extra to support such learners and also for English and Maths training.