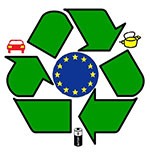 AMDEA attended a Defra stakeholder meeting to discuss the European Parliament’s desire for even more stringent waste targets than were originally proposed by the Commission. There are still significant differences of opinion on the achievability and even desirability of some of the more ambitious proposals.

Defra is optimistic that the UK could achieve the proposed targets, though some stakeholders think that they are overly sanguine, particularly when it comes to only 5% of municipal waste going to landfill by 2030.

There are also concerns that a growing enthusiasm for producer responsibilty schemes is failing to take into account the necessary funding of e.g. WEEE collection, and the complexity of packaging law. A proposal that packaging could merely form part of an environmental accord also risks the Member States each doing their own thing. And for the UK of course there is concern that we are already seeing the devolved administrations introducing varying waste treatment policies within the UK.