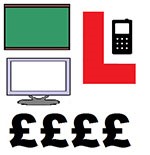 We have previously reported on the Government’s decision to impose a levy on larger employers to fund apprenticeships in England.

An expected announcement in June was delayed but there is now a “discussion paper” on which BEIS is asking for comment by 5 September 2016. AMDEA circulated the documents to members earlier this week.

From April 2017 all UK employers with a wages bill of more than £3 million each year will pay 0.5% of this to HMRC through the PAYE system. Employers in England will then have an account on a new digital apprenticeship service and get an allowance of £1250 per month to spend on apprentice training. Any unused allowance will expire 18 months after it first appears in the account.

Smaller employers will not pay the levy but will still get government support to pay for training apprentices until 2018, after which it is expected that they too will buy training services through this service.

It is being assumed that employers in other parts of the UK will be able to access equivalent training via schemes in their own administrations.

Feel free to complete the survey.