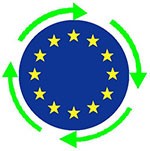 It is widely expected the European Parliament will argue for more ambitious targets overall, but for the time being there are 55 proposed actions plus drafts of amendments for various existing Directives. The latter comprise revisions to the Waste Framework Directive, the Packaging Directive and the Landfill Directive plus a proposed Directive to revise the Producer Responsibility Directives on end of life vehicles, batteries and WEEE.

There were differing views expressed at the meeting about almost all of the proposals. But there seems to be a widely held view that the package should aim to promote the positive opportunities for new business and jobs rather than just concentrate on waste targets. However a note of caution was sounded about the current lack of demand for recycled materials and the difficulties of selling the benefits of different ways of looking at ownership in our current consumer-led economy.