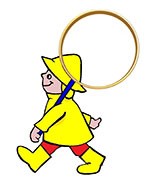 Regular readers will recall that in 2013 two new European Regulations were proposed in tandem: one to replace the General Product Safety Directive (GPSD) and the other to provide a comprehensive legal framework for market surveillance. However the package reached an impasse over the issue of whether to require a country of origin marking on all products sold in the EU.

In October last year the European Commission published an updated list of standards that can be used to demonstrate compliance with the essential requirements of the GPSD.

However, also in October, the Commission included an initiative on market surveillance in its Single Market Strategy. So it seems likely that the combined package of General Product Safety and Market Surveillance Regulations will at some point be withdrawn and a new proposal for Market Surveillance legislation will go forward.

The GPSD covers those products not already covered by other legislation and also sets out generic matters such as how to monitor products on the market. For AMDEA members’ products the essential safety requirements are currently dealt with under the Low Voltage Directive or the Machinery Directive. However, as of next summer, there will also be the Radio Equipment Directive covering safety and EMC. So it is not clear whether there will be a further attempt to recreate a general safety Regulation as well.